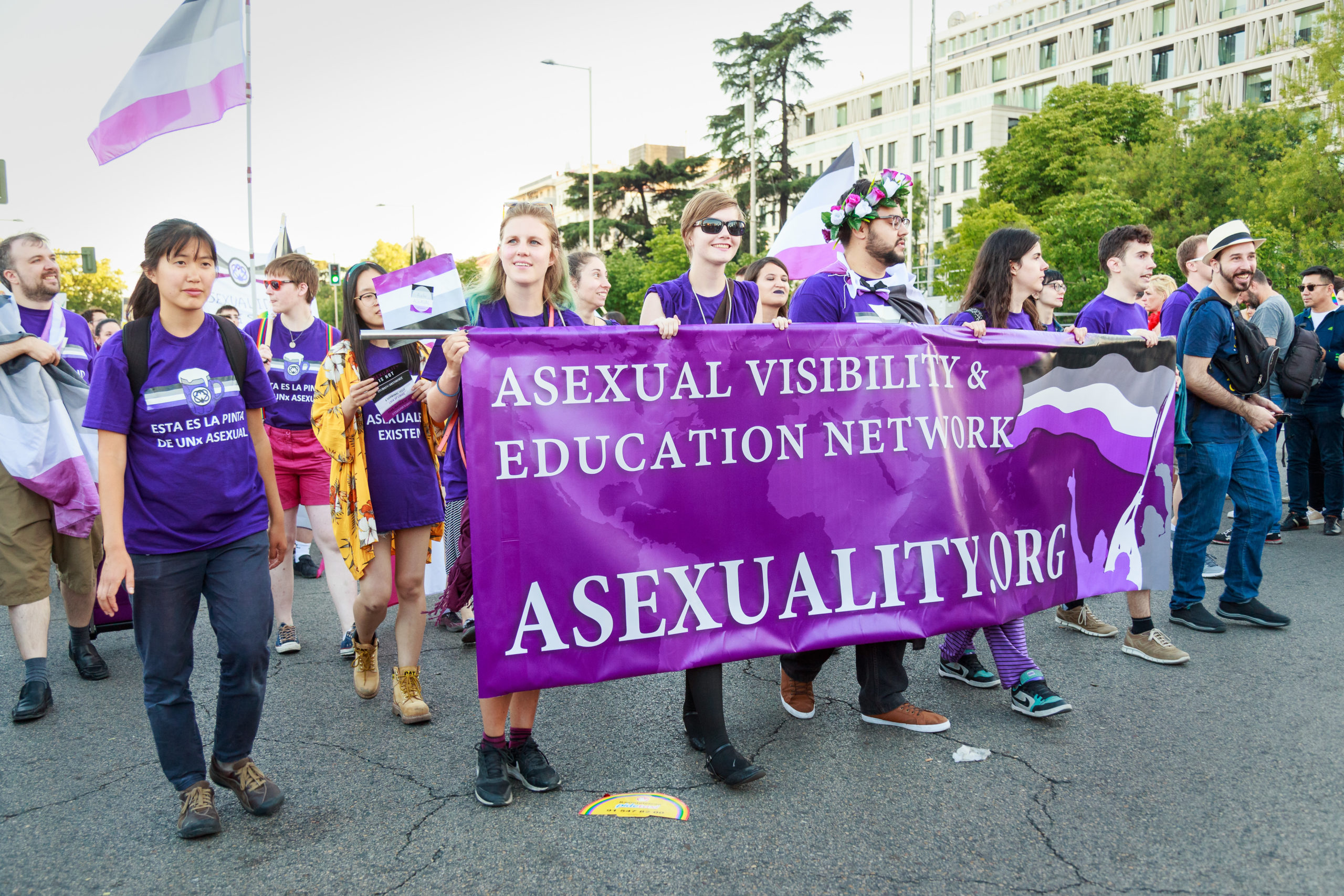 Asexuality (often shortened to ace) is a sexual orientation (or lack of) characterised by a persistent lack of sexual attraction toward any gender. Some (not all) asexual people may also be aromantic, which means they do not experience romantic attraction. Both asexual and aromantic people can be referred to under the umbrella of A-spec or ace-spec identities, which encompass the full spectrum of asexual and aromantic experiences, which may include:

NOTE: Asexuality is distinct from abstinence and celibacy, which are behavioural choices to refrain from sex because of religious or moral beliefs; asexuality is an intrinsic part of who they are.

What is the history of Asexual Visibility Day?

The first asexual organisation, the Asexuality Visibility and Education Network (AVEN), was founded in 2001.

The first conference on asexuality took place in 2002 at Binghamton University in New York. It featured workshops on topics including: “Asexuality as an Orientation: Understanding Sexual Orientation as More Than Just Sex” and “The Aromantic Spectrum: Emotional Attraction without Sexual Attraction (or Is Lack of Sexual Attraction Really Necessary?).”

2010 marked the first national awareness week for asexuals (i.e., not including those who identify themselves as demisexual or graysexual).

Why does recognising asexuality matter?

In a study involving over 40,000 LGBT+ youth, The Trevor Project found that 10% identified as being asexual or on the ace spectrum. Asexual youth also reported high levels of depression and anxiety compared to the overall LGBT+ sample. A more significant proportion of asexual youth identifies as transgender or non-binary than the baseline. [1]

Other research has also shown that some asexual people experience higher levels of poor mental health, including depression, anxiety, suicidality, and interpersonal problems, compared to heterosexual people. This is likely to be connected to the fact that there is currently a low level of understanding or knowledge about asexuality and that asexual people experience the feeling of social isolation and erasure.

What are the key questions to consider?